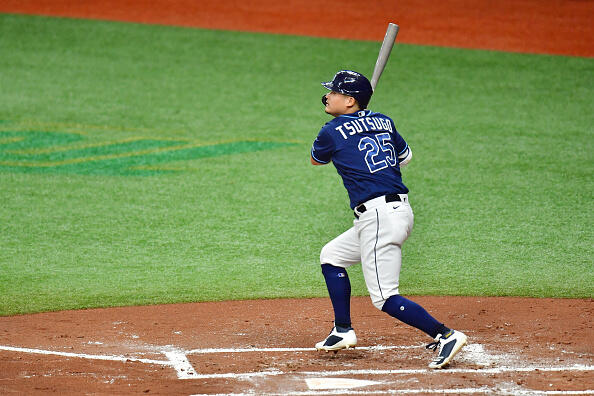 ST. PETERSBURG (WDAE) -- The Tampa Bay Rays used a five-run third inning rally that all game with two out, to finish off a two-game sweep of the Atlanta Braves with a 5-2 win Tuesday at Tropicana Field.

For the second straight game, Tampa Bay allowed the Braves to take an early one-run lead. Tuesday, Atlanta loaded the bases with nobody out on Yonny Chirinos in the third, but the right-hander nearly wriggled out of the jam with no runs allowed, giving up just one run on a base hit by Marcell Ozuna with two away.

Braves starter Kyle Wright seemed to be cruising along in the bottom of the inning despite allowing a leadoff walk to Kevin Kiermaier. But the center fielder took it upon himself to get into scoring position with two out in the frame, stealing second base, and after walks to Brandon Lowe and Yandy Diaz, Tsutsugo put the Rays on top to stay with a base hit that scored Kiermaier and Lowe.

Jose Martinez and Joey Wendle would each drive in a run with a base hit against Wright, and a wild pitch by reliever Josh Tomlin made it 5-1.

Atlanta crept closer in the seventh, as Ozzie Albies singled in Johan Camargo to make it 5-2, but Anderson struck out Freddie Freeman, one of the first baseman's four punchouts of the evening, to end the threat.

Pete Fairbanks, who struck out Ronald Acuna Jr., Albies, and Freeman in the fifth, earned the win. Oliver Drake threw a perfect ninth to earn his second save of the year.

The two teams will now head to Truist Park in Atlanta for two more contests. Charlie Morton (0-1, 13.50 ERA) will get the start Wednesday, taking on Mike Soroka (0-0, 0.00 ERA). First pitch is scheduled for 7:10, with coverage on WDAE beginning at 6:00 with The Inside Pitch.